Flying a plane is the dream of most people. But many of the dreamers do not get a chance to fly a plane. It is not a real option unless you pursue the training for it and everyone can do this. But you can still enjoy the amusement of controlling airplanes on your mobile phones. In this article, we are presenting the list of Best Flight Simulator Games for Android and iOS.

Also Check: How To Play Ps3 Games on Ps4

This game is a 3D simulation game. In this flight Simulator app, you will get different airplanes to control. There are missions and tasks you can complete from various airplanes as required in missions. You can go on a rescue mission, race with other planes and many other objectives based levels. Some of the missions you have to pick up the water to put out fires at other points on the map.

As you progress this app will guide you with new techniques to fly airplanes and how to earn coins to unlock new planes. This game has easy controls and simple to understand you just have to tilt your mobile phone to the required angle in order to control or drive the airplane. For the plane’s speed and navigation info, there are on-screen indicators and buttons as well. Flight pilot simulator 3D is an excellent simulation game with lots of variety and brilliant quality. The graphics are quite good as well. 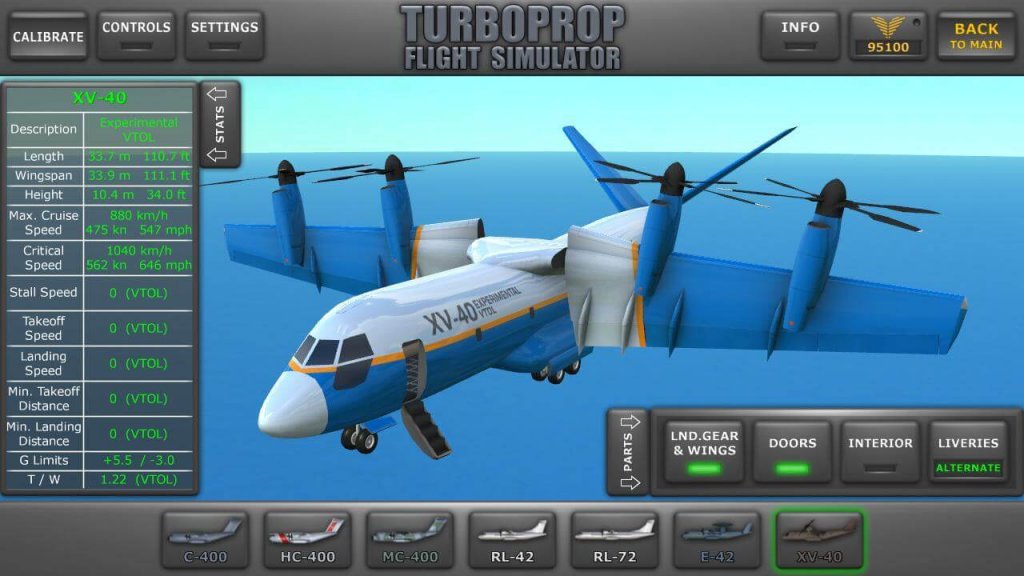 This game is a brand new 3D airplane simulator game. Featuring planes are derived from the Airbus A400M Atlas tactical air lifter, the ATR 42/ATR 72 regional airliners and VTOL aircraft XV-40. Just like the above games, Turboprop will let you control and fly various kinds of airplanes. But in this game, you will get more planes some of them are even real planes you can have information about them.

This game is the best airplane game as it has real like like plane controls and you can even switch the camera positions. This game will provide you training to learn the method that how to fly a plane and use the given controls.

This game is also called the mobile version of Microsoft Flight Simulator by a different developer. In this game, you will get to fly different types of planes and complete the missions in different locations such as New York, Chicago, Sydney, and many other locations. Their planes are private commercial military, cargo and special planes that you can use to complete missions. This game is very good for plane lovers.

This game is the most advanced fighter plane combat and flight Simulator. In this game, you will get to control the fighter plane and complete various missions like destroying targets and fight with other planes. The names of fighter planes are F18 super Hornet A-6 intruder and many more.

You will get also different weapons with the planes that you can use for the fight and complete various missions. The controls are very easy and simple, you can tilt your device to give directions and use on-screen buttons to fire and control plane. There are many versions of this game.

This game is one of the best fighter plane simulator game available to download for free on both Android and iOs platforms. This game is considered to be a fighting game in which you will fly and control fighter planes not only this, it is also a multiplayer game where you can play matches with up to four people in a team versus other teams.

This game allows you to select the country that you want to represent. All the fighter planes included in its range from old to new ones.

There are game modes too like the quick game and elimination mode with daily challenges and tutorials case if you need them. You can perform different air stunts and defeat the opponents for earning credits in the game and buy new upgrades for the planes.

Flight enthusiasts are bound to enjoy and play the 3D cockpits that are part of air fact in “X-Plane 11 Global Flight Simulator“. This flight simulator game delivers close to realistic experience for serious flight sim fans. Even beginners can easily learn to negotiate thousands of airports, immersive landscapes, and realistic cities.

X-Plane 10 is the most realistic flight simulators. You can create your planes and fly them. It has everything, from space shuttles to gliders. It allows its users to change flight conditions, play with different weights, and take off from thousands of different airports. It also contains a multiplayer functionality so you can duke it out with your friends.

This game allows you to make your own routes, fly across the world and make your own airplanes. The gameplay of “Microsoft Simulator X” is extended through downloading plane skins. With a new version, new cities and aircraft are added in this game. Microsoft added little different and mission-based lay. This game comes in standard and deluxe editions. the deluxe editions come with more cities, airplanes, and airports.

“IL-2 Sturmovik” is a WWI combat flight simulator. If you are looking for the best combat flight simulator, look no further. This game has awesome features and it is an excellent mission builder, multiplayer features that include up to 32 players in a dogfight mode. The graphics are also stunning. Combat takes place in the air, from the air to the ground. If you are interested in war and flight should try this game must.

So these were the best flight simulation games which are available for Android, iOs, and PC. Enjoy them and don’t forget to give your reviews about these games so that I will suggest you more.